Palazzo Ducale over the centuries 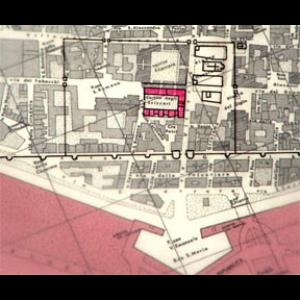 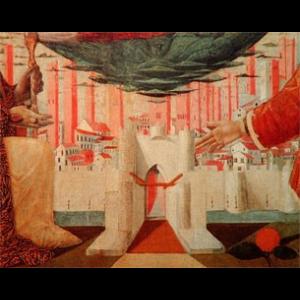 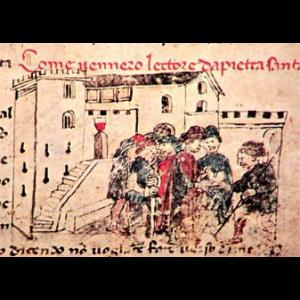 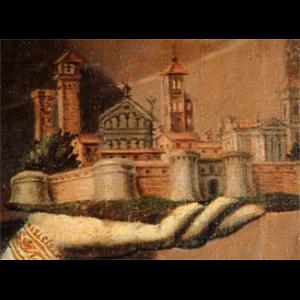 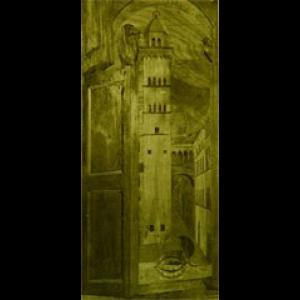 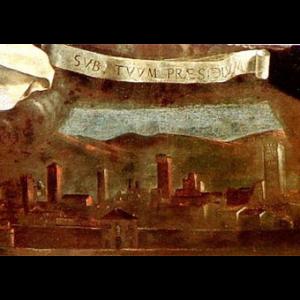 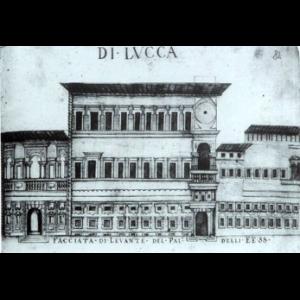 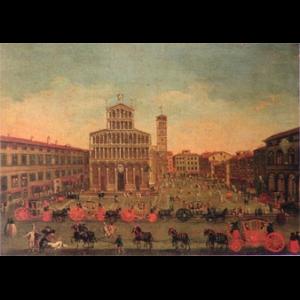 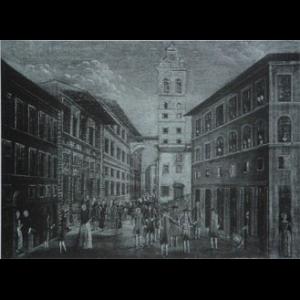 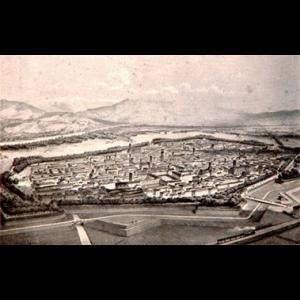 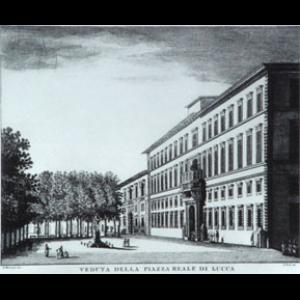 Palazzo Ducale represents the political and administrative centre of Lucca since eight centuries. According to the tradition, in 1322 Castruccio Castracani degli Antelminelli, Lord of Lucca, instructed Giotto to design a fortress, called Augusta, occupying about a fifth of the total area of the town at that time. The building became Castruccio’s dwelling place and seat of the government. At his death in 1328, the town lost its independence and seven consecutive foreign rulers succeeded each other in the Augusta fortress. In 1369 the inhabitants of Lucca, having regained their liberty through Emperor Charles IV, decided to pull down the walls of the fortress that represented a symbol of foreign oppression. The Palazzo was saved and became seat of the Elders’ Government of the Republic of Lucca. During Paolo Guinigi’s Seignory (1400-1430), the Palazzo was substantially changed into a sumptuous court in late Gothic style: remarkable works were made and the building kept being enlarged until Guinigi fell and the Republic of Lucca was
restored.
In 1577, an explosion in the Powder Magazine of the ancient tower required reconstruction works entrusted to the architect Bartolomeo Ammannati from Florence by the Major Council of the Republic of Lucca.
His project aimed at the unification of the pre-existing and incomplete parts of the government buildings to create a huge modern palace in late Florentine Renaissance style. Its complex structure was only partially realized and the Loggia closing the eastern part of Cortile degli Svizzeri is its highest architectural expression.
Only after more than a century the council assigned the building’s completion, originally projected by Ammannati, to the young Filippo Juvarra. The architect, who transformed Turin later into a modern capital under the Savoys and projected the Royal palaces of Madrid and Lisbon, changed the structure of the sixteenth century building into an imposing and majestic Palazzo. His ideas had only been partially realized, when Elisa Baciocchi, Napoleon’s sister and Princess of Lucca and Piombino from 1805 to 1814, allowed the realization of the Throne quarter and the big square in front of the building – today called Piazza Napoleone – according to the studies and the project of Giovanni Lazzarini and Théodore Bienaimé.
Maria Luisa of Spain, Duchess of Lucca, entrusted with the town’s government according to the decisions of the Congress of Vienna, completed the works by transforming the building into a modern palace.
For this purpose, the architect Lorenzo Nottolini developed a consistent internal and external restoration plan completed in 1834 with the construction of a building closing the Carrara courtyard on the westside, where the government offices and the general services settled. In 1847 the Palazzo became part of the Grand Duke of Tuscany Pietro Leopoldo’s patrimony, who set up a new painting gallery to replace the one lost under Charles Louis, Duke of Parma.
With the Unification of Italy it became the property of the Savoy’s and its furnishings were partially transferred to Palazzo Pitti in Florence. In July 1867 the Provincial Government bought the Palazzo for 300,000 lira. The need to find a place for the Provincial Government’s offices – the Prefecture already occupied part of the first and the second floor – and internal restoration works to accommodate the Court of Appeal and the General Power of Attorney later, substantially transformed the architecture of the Palazzo.

For in depth analysis consult the Bibliography.