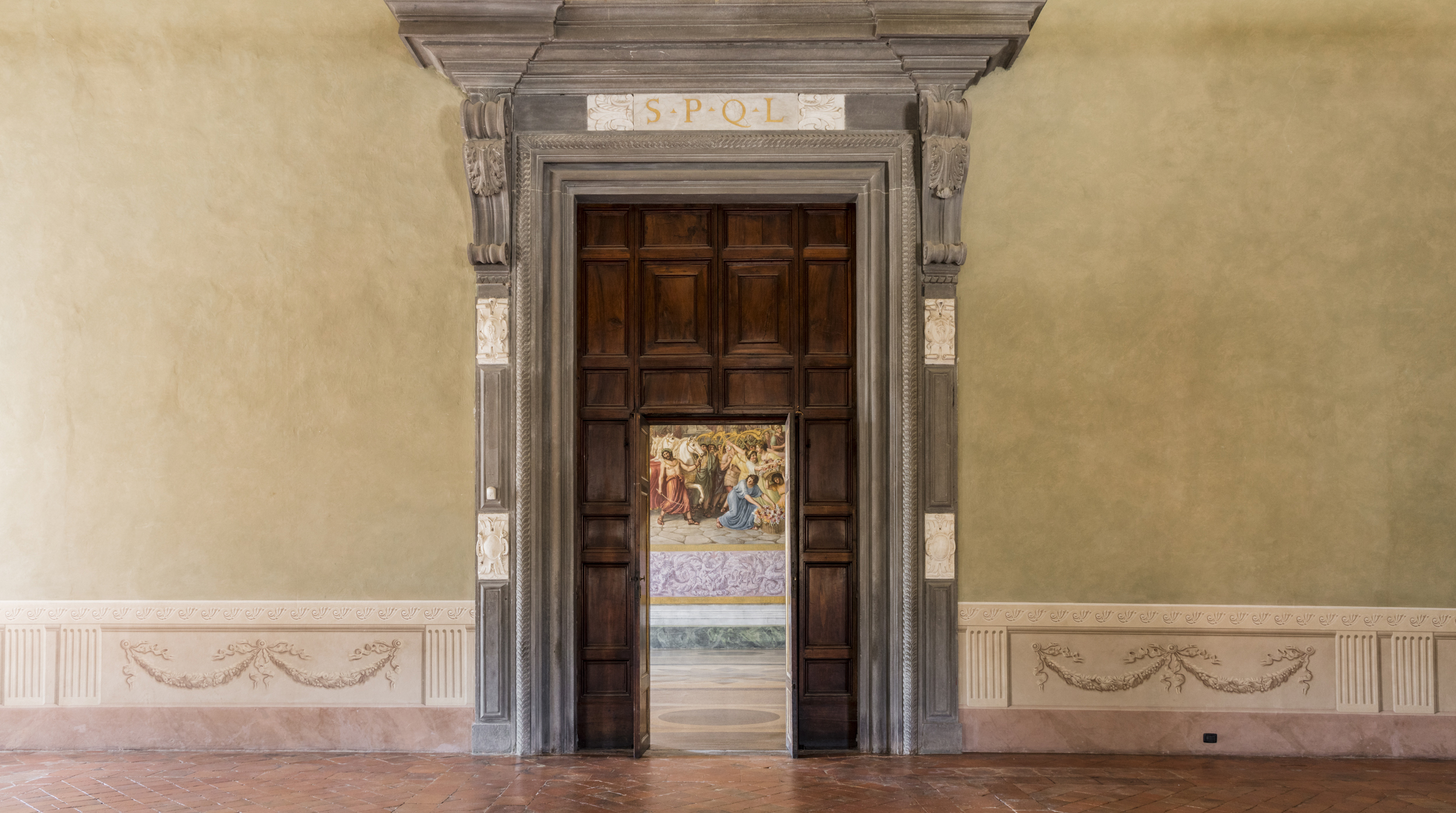 The Squires’ Room is the first of the parade quarter. On the imposing sixteenth-century coffered ceiling, some emblems of the Republic of Lucca got lost. The painted panels have classical motifs and rosettes at the centre of the mirrors. In the frieze on the top of the wall, festoons alternate with heraldic panthers, supporting the crest of the Republic of Lucca. The design of the sandstone portal is attributed to Bartolomeo Ammannati. A long braid runs through the central part of the portal’s moulding next to five white marble scrolls. The crest of the Republic of Lucca is shown at the bottom of the scrolls and in two of them the patron saints of Lucca, St Peter and St Paolino, are represented. In the central scroll the initials S.P.Q.L., Senatus Popolusque Lucensium, can be read. On the wall the remains of a fresco by Pietro Testa are visible, “La Libertà Lucchese vince il Tempo”, painted between 1633 and 1637.
The fresco was previously located in the lunette of the West gate of Cortile degli Svizzeri, from where it was removed in 1976, since it was damaged. 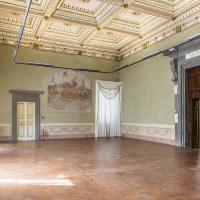 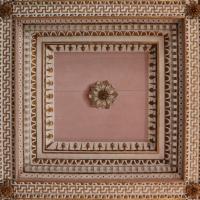 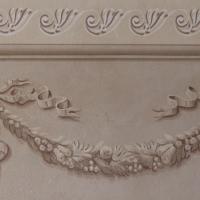 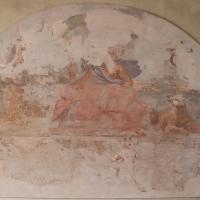