The Day and Night Lounge 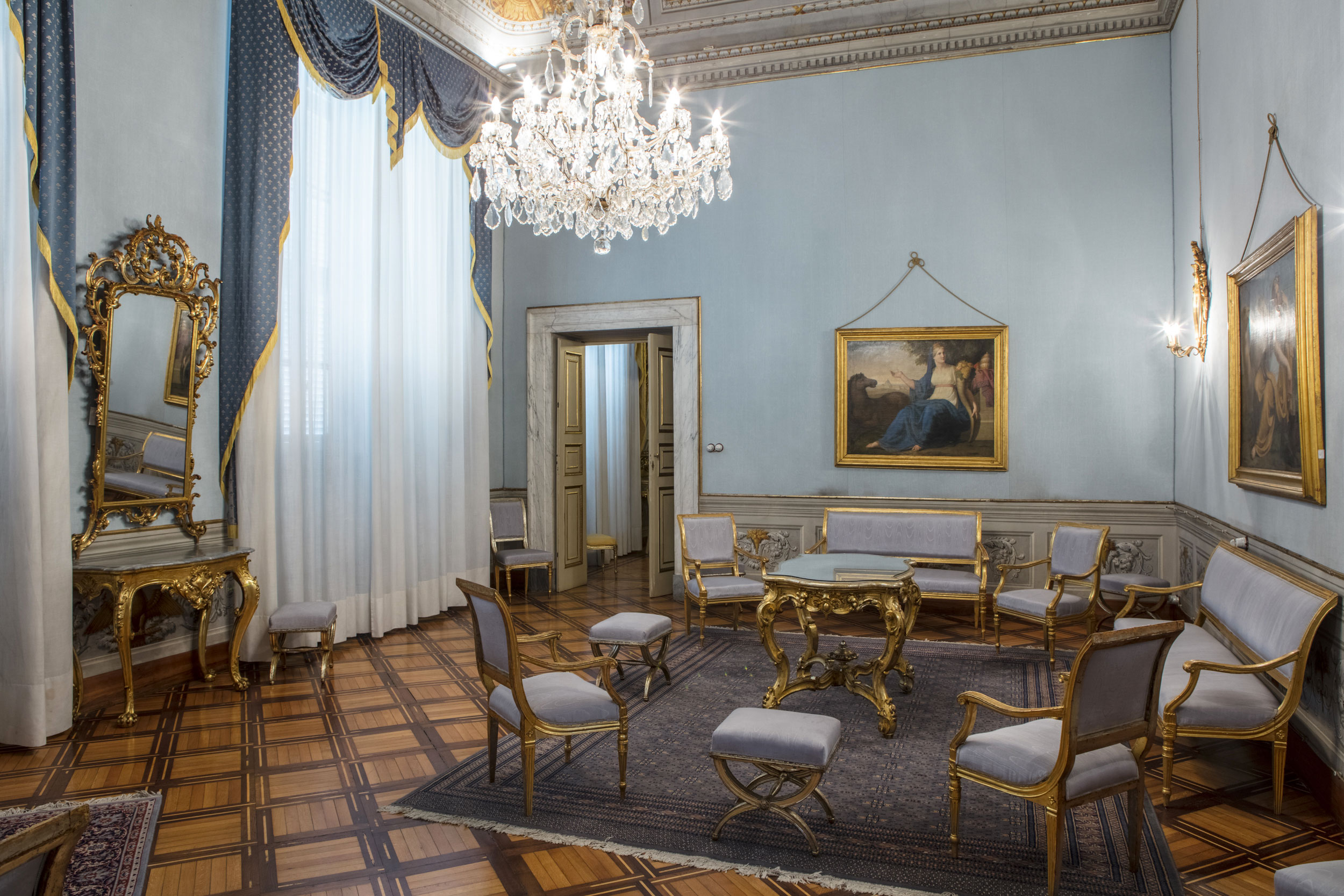 The lounge is decorated with “The Sun removes the darkness” by an anonymous artist and with “Ornati” by Francesco Salvetti.
The centre of the vault is divided by the bright light of Day and the darkness of Night, two Erotes are playing with a wreath and four monumental vases standing on the cornice. In the frieze of the square panels triumphs with rich trophies in ancient style are presented. In this room also the decorations and the square frames have been attributed to the beginning of the pictorial decoration campaign commissioned by Elisa Baciocchi. On the western wall, on a shield the monogram of Maria Luisa is embossed, probably updating this way the former decoration.
On the walls the paintings of Raffaele Giovanetti (1783-1855) depict two continents: 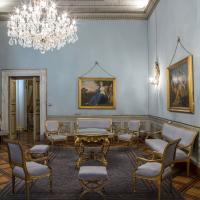 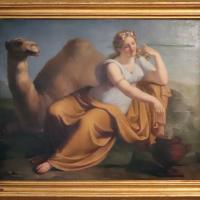 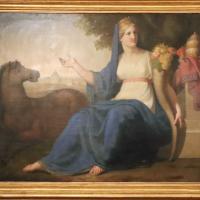 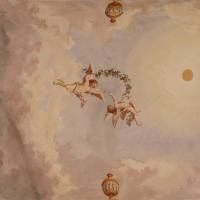