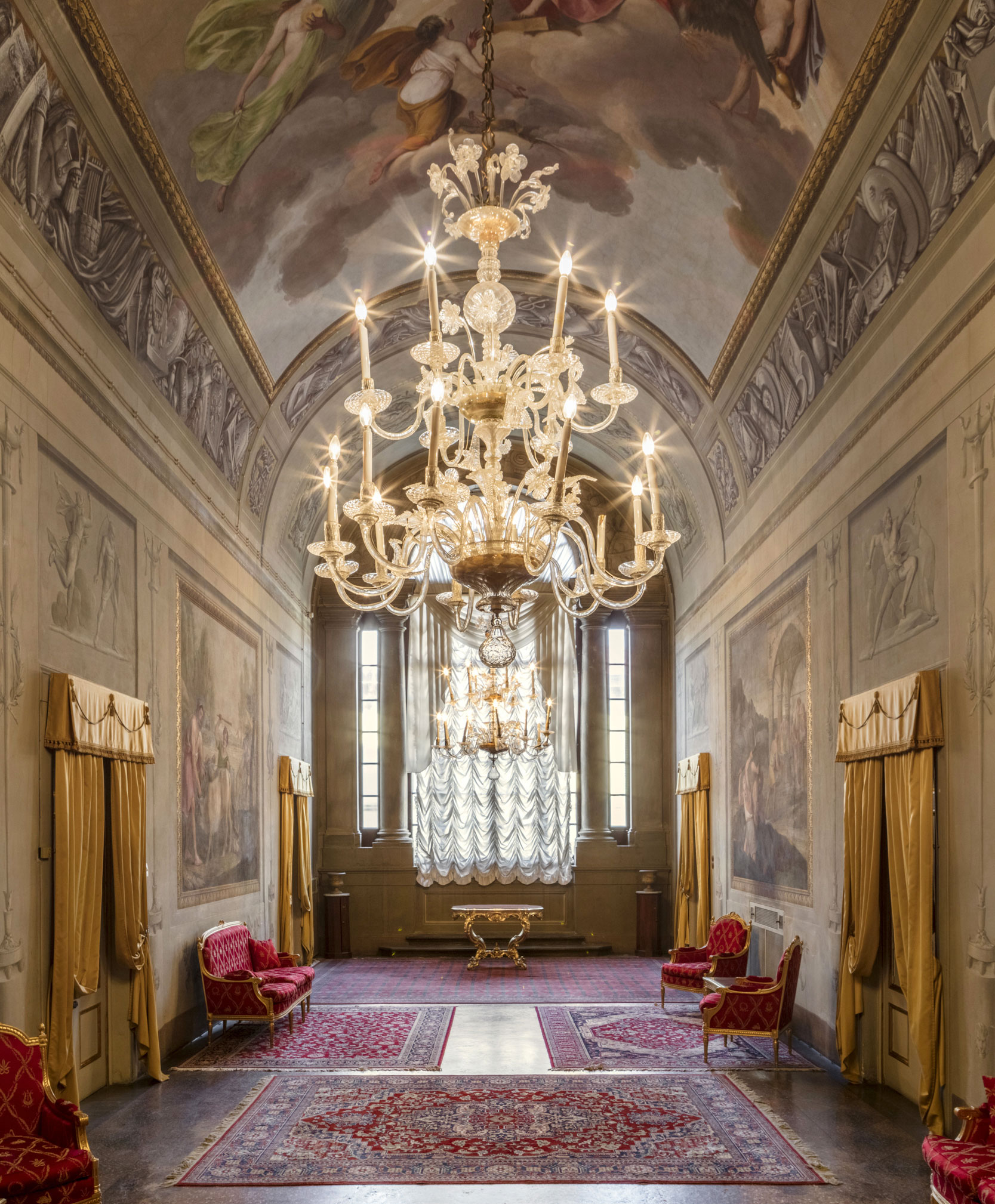 The vault, frescoed by Luigi Catani, depicts Jupiter accompanied by Mercury, the Gods’ cupbearer, who welcomes the three symbolic figures of Justice, Truth and Modesty.
On the western wall (entering from the left) the “Golden Age” is represented: an idyllic pastoral scene from the mythical era, when men and women used to live happily in harmony with the beasts (the panther is the emblem of Lucca), without working, as nature spontaneously offered its fruits. The “Silver Age” is represented in the following scene; during this age men had to shelter from the cold, building primitive huts and dedicating themselves to agriculture.
On the opposite wall the “Copper Age” shows in the foreground two men digging in an open-pit mine, while others in the background are working hard under a loggia. Finally, the “Iron Age” is represented with the evil prevailing over the good and a handshake with a scowl look hides the deception of a false agreement and the threat of a knife. The sequence of these scenes, painted in monochrome, present the following characters over the doors: “Flora”, “Mercury and the Time”, “Agriculture”, “Jupiter enthroned delivering the Laws”, “Bound Prometheus”, “The Violence of War”. 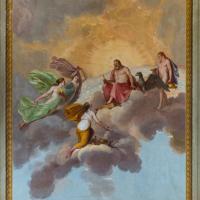